Peter imagines his friends and family in three of Stephen King’s most famous works. Stand by Me parody – Twelve-year old Peter, Quagmire, Cleveland and Joe travel along a railroad track on a journey of self-discovery. Misery parody – Brian is injured in a bad car crash only to be “rescued” by his “number one fan,” Stewie. The Shawshank Redemption parody – Cleveland and Peter become fast friends in prison. 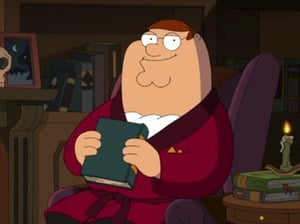 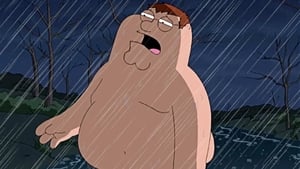