Chief Boden is accused of leaving a homeless man to die in a warehouse fire after ordering his men to evacuate the scene, creating negative press and bad feeling within the department. Meanwhile, Lieutenant Severide helps an elderly woman facing some neighborhood problems. Detective Voight ramps up his intimidation tactics aimed at Casey in an attempt to discourage him from testifying against his son. Shay is forced to revisit her heartbreak over her ex-girlfriend Clarice, when she finds herself face-to-face with the ex and her husband during a call. Hermann’s temper flares during a rescue call at a Halloween block party. 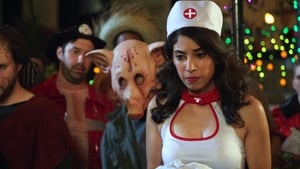